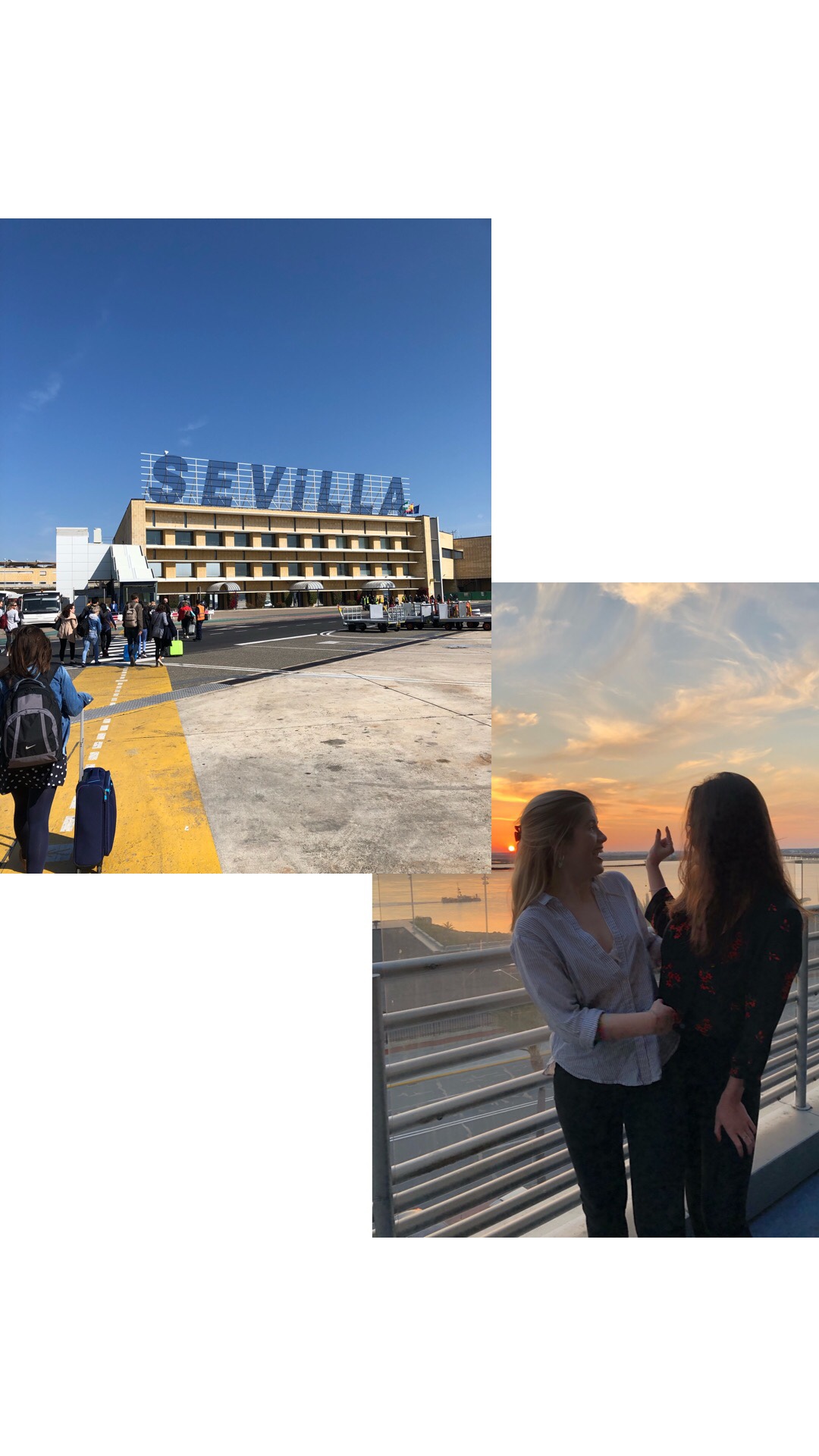 Last weekend I flew out to Spain to visit one of my best uni friends on her year abroad. She lives in Huelva so I flew to Seville airport and then took a bus to get to her. When I arrived I was super sleepy and hungry as I had been travelling since 3:30am, so we sat around chatting and eating (side note: Spain has AMAZING red peppers – perfect for hummus). 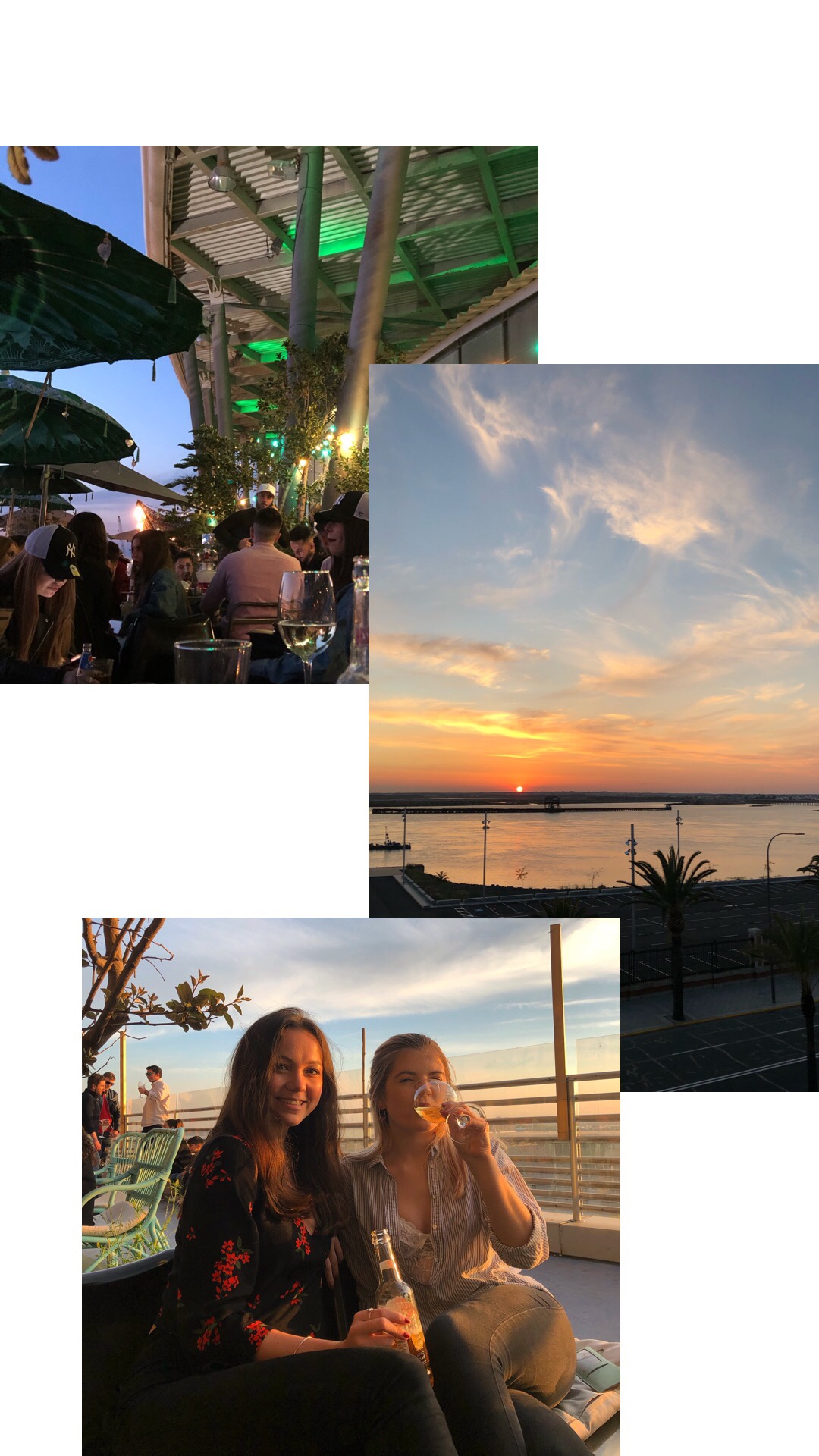 That evening, we went out to a rooftop bar called Blue Ox to have a couple of glasses of wine and watch the sunset. I was expecting to spend a tonne of money as I think of any holiday as super expensive, but a glass of wine was 2.50€ – something I could definitely get used to! We also got some Mexican food, then went on to another bar in her town (I didn’t catch the name as I had had a few by then!) 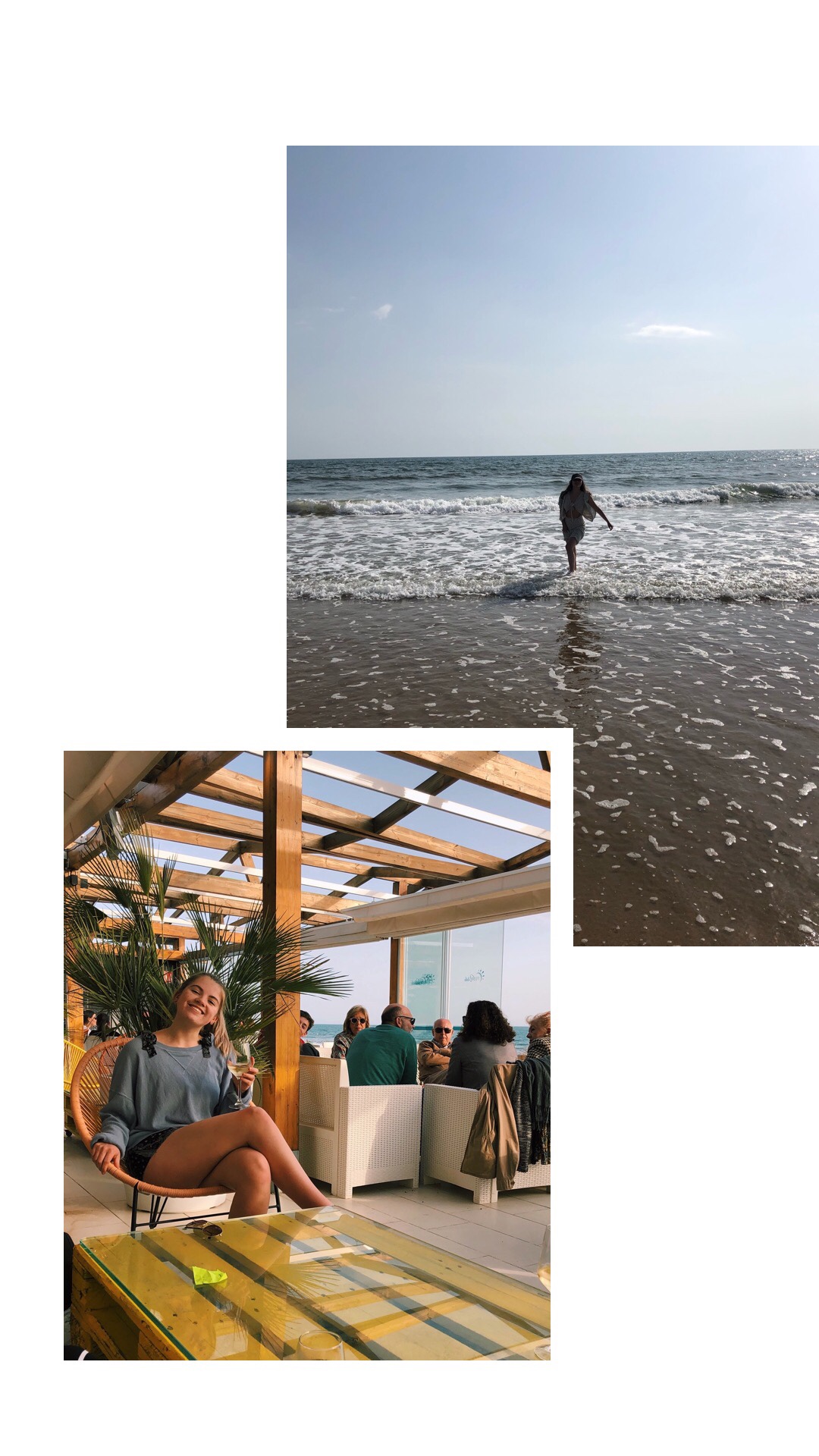 The next day we had a bit of a slow start, going out for churros for breakfast at around noon. We then took a bus to the beach (Punta Umbría), which was only 30 minutes away! It was really quiet despite it being a very sunny day, and we lay around chatting with Ella’s housemates and drinking Desperados Mojito (the best drink in the world) into the evening. We also went to a gorgeous beach bar called Pura Vida Punta which was a great backdrop for the gram!

We came back a little burnt and very tired – I think we had all been in the sun too long and were very dehydrated – so we had a little nap and then got ready to go out for pizza at a cute little place which was owned by the nicest old man who was asking us about Brexit! 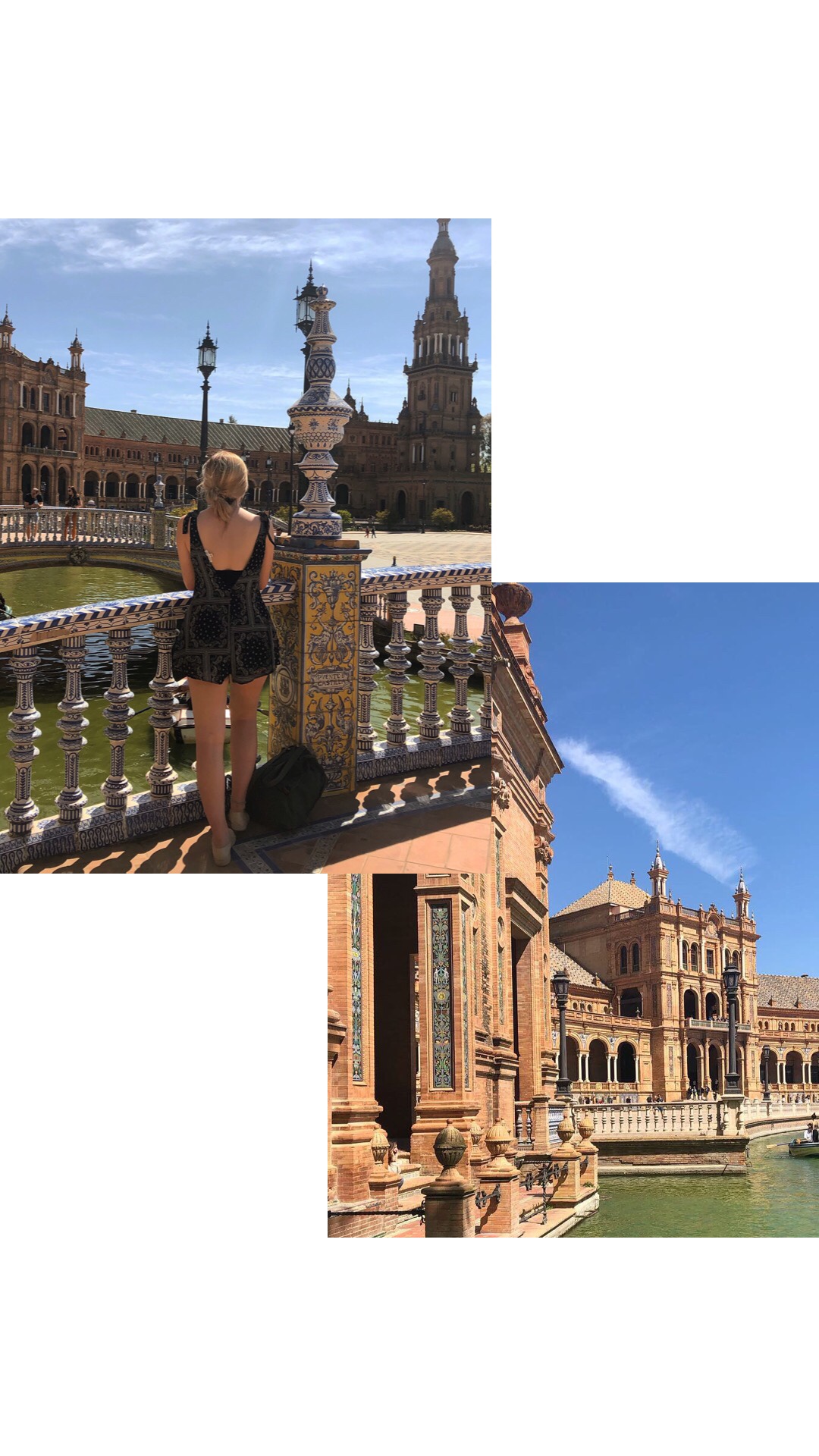 The next day I packed my things up and we took the bus to Seville for the day – I would be flying home from there later so I took my bag and checked it into a “Bag BnB” while we walked around the city! It was one of the most beautiful cities I’ve visited, the architecture was stunning and it definitely helped that it was 26 degrees! We visited Plaza de España (see photos above), and then spent the afternoon sipping on Aperol Spritz on a terrace by the river.

My flight was quite late but I still managed to be in a rush for it after having a few too many drinks, so we said a hasty goodbye before I rushed off to the airport! 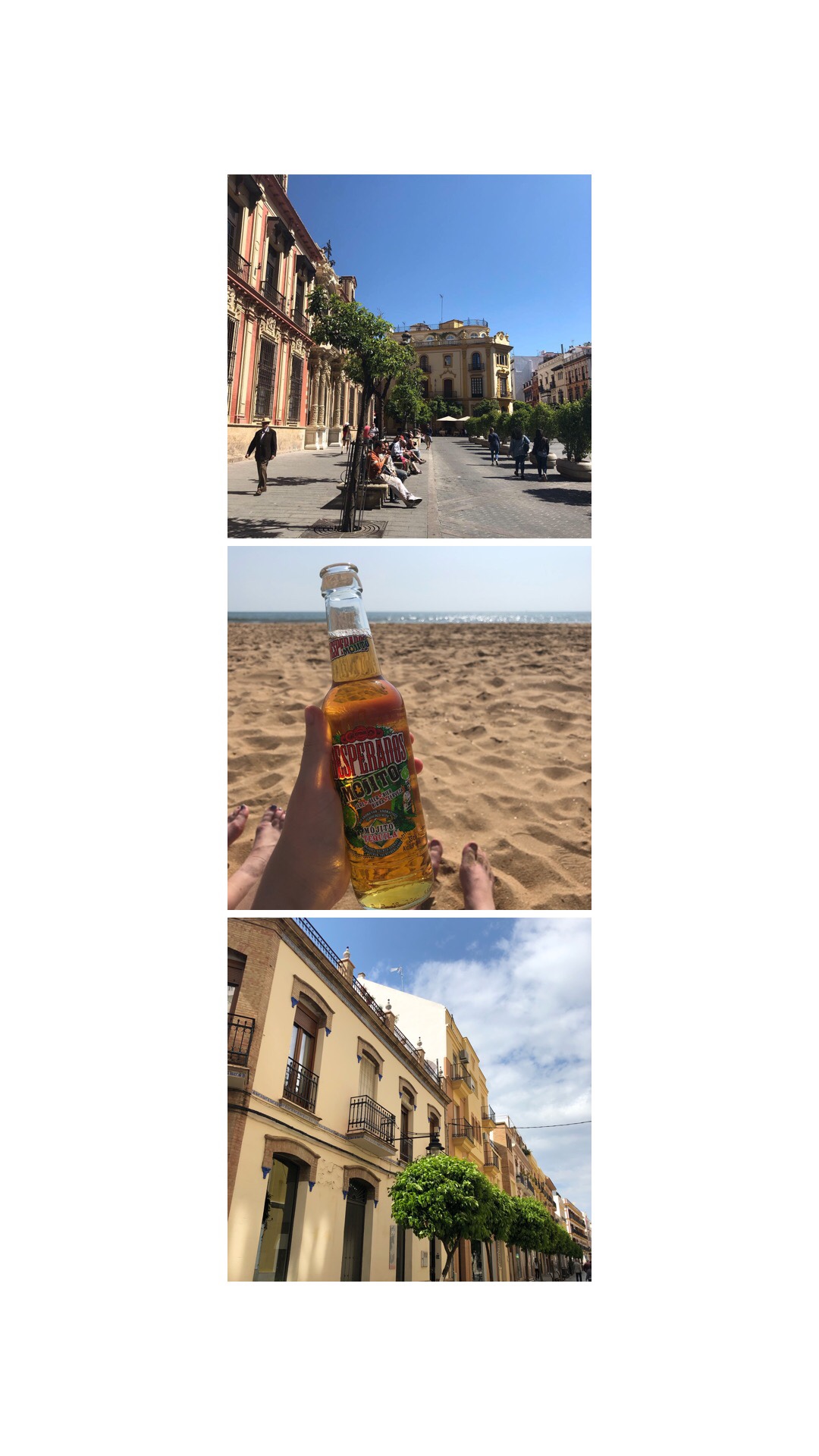